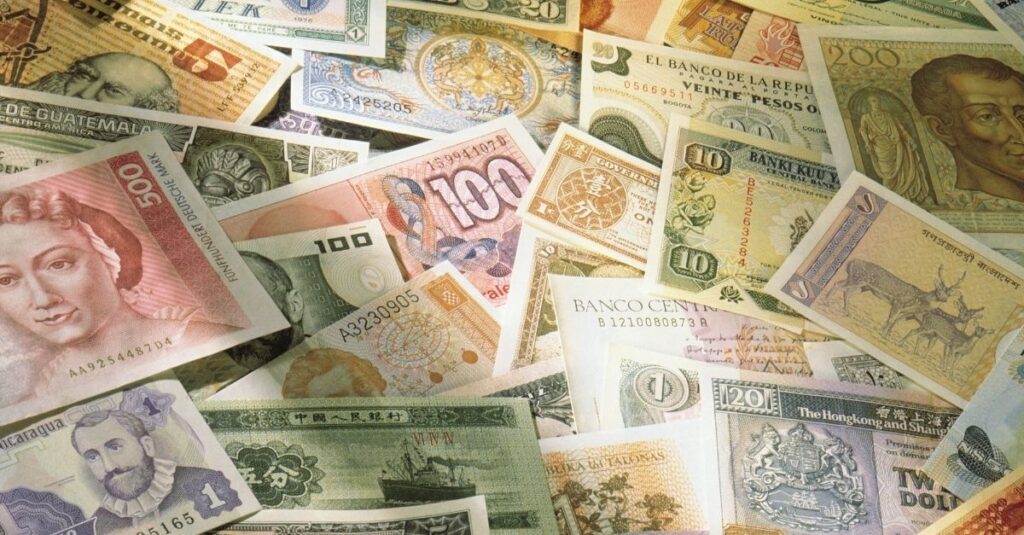 The symbolism of banknotes around the globe

How can art influence cash?

In this blog we will be examining the symbolism of banknotes around the globe and diving into potential hidden meanings that may change the way you look at currency.

Symbolism: an artistic and poetic movement or style using symbolic images and indirect suggestion to express mystical ideas, emotions, and states of mind.

When it comes down to currency, consumers are typically concerned about the value of their money and what it will buy them, leaving the actual designs to be widely overlooked. The only time that banknotes are really analysed is when there is a chance it could be a fake.

So, have you ever really inspected your own country’s banknotes? Or even that of the country you were visiting and thought, “what does this mean”, or “who is this person?”.

Considering there’s 180 global currencies, we won’t go through every banknote. However, we will be analysing five of the most used currencies around the globe through the symbolism of banknotes.

As suggested by the European Central Bank, the seven designs in the first banknote series was based on “The Ages and The Styles of Europe.”. The newer style was modified for the purpose of a fresher look. They also accommodate a range of new and enhanced security features.

In both series there are multiple variations of windows and doors which are supposed to symbolise the European spirit of cooperation and openness. The bridges symbolise communication between the people of Europe and between Europe and the rest of the world.

The newer Europa banknote series shows architectural styling from various periods in European history, they are as followed.

In every British banknote we get a portrait of the reigning Queen Elizabeth II on one side, and another prominent figure from British history on the other. These include, wartime PM Winston Churchill, author Jane Austen, economist Adam Smith and steam engine creators Matthew Boulton and James Watt.

But did you know that every note is also adorned with tiny details that tell the story of the famous face you see before you?

Take the five-pound note for example, it features the legendary prime minister Winston Churchill on one side, and the Queen on the other.

The Queen’s side has a series of four tiny crests, each one representing a nation of the United Kingdom. The crests sit above an intricate building which can be recognised as the Bank of England, responsible for printing all UK notes.

On the side of Churchill, we can see an exceptionally detailed drawing of Westminster Abbey and ‘Big Ben‘. If you look closely, you can see that the time rests on 3 o’clock, why you may ask? Well, on the 13th of May 1940 at approximately 3pm, Winston Churchill stood in the House of Commons and made his famous speech, “I have nothing to offer but blood, toil, tears and sweat”. Behind the Abbey, you can see the emblem for the Nobel Prize, which Churchill was awarded in 1953.

So, as you can see, each of the British notes tells its own story. If you are interested to learn more about each British note, we would advise taking a read of The Sun’s “Wad’s that about?” article which provided this information in particular.

Let’s talk about the $1 bill. This note has the oldest design out of all U.S currency. On the front, we are greeted with a portrait of the first American president, George Washington. This particular sketch of the president is based off the original portrait painted by Gilbert Stuart.

On either side of Washington there is a series of green numbers. These can be used to identity which Federal Reserve Bank (FRB) printed the bill.

On the back, the words “In God We Trust” is written. The decision to include this quote resonated in 1964 because of the religious sentiment that was present during the Civil War.

To the left there is a pyramid surrounded by the Latin words “Annuit Coeptis” translating as “Providence Has Favoured Our Undertakings”. Below that, it reads “Novus ordo seclorum” which means “A New Order of the Ages”. This saying narrates the significance in the country’s gaining of independence from Britain in 1776.

To the right of the bill resides the Seal of America with the well-known American bald eagle. The eagle carries an olive branch and a bouquet of arrows. The olive branch symbolises both war and peace. The thirteen arrows symbolise the nations original thirteen colonies. Subsequently being ranked as the most powerful country in the world by The Business Insider, it’s no wonder that the symbolism behind the American dollar bill focuses solely on their political history.

Japanese culture has become a huge influence in the likes of history, fashion, food and most of all, art. Even their banknotes are aesthetically pleasing! So, let’s evaluate…

The 1000 Yen note shows a portrait of Hideyo Noguchi, the most distinguished bacteriologist in Japan, who famously discovered the agent for syphilis.

On the back of the banknote showcases a stunning masterpiece of Mt. Fuji, the most prominent attraction in all of Japan. Standing at an impressive height of 3,776 meters, making it the tallest mountain in the nation. This kind of popularity became such an inspirational model for Japanese artwork and is deemed a symbol of the country.

Another well-known art influence in Japan is the Cherry Blossom. This flower symbolises bliss, and impermanence of life, which you can see just below Mt. Fuji.

Other Yen bank notes include animals such as mice, chickens, horses, and lions. Such artistic features have made the Japanese banknotes the most difficult bills in the world to counterfeit!

In 2005, Switzerland started changing how their currency would be presented to the world. For centuries, their notes would only include portraits of famous people. But that all changed in 2019 as they released a series that broke away from tradition. Specifically, on the 20 Franc note, which featured a hand.

The hand symbolises the people of Switzerland and can be interpreted as the nation working together towards a purpose. The hand clutches a transparent prism, reflecting light that was designed to be the key motif of this note. The other notes in the series, designed by Manuela Pfrunder, are said to represent many of the key aspects of Switzerland’s growth and scientific discovery. Each note encompasses the concepts of light, wind, time, nature, water, matter, and language. Not to mention these are probably the most colourful banknotes out there.

So, can art influence cash?

We believe it can. Tourists often visit foreign countries to admire their landmarks and learn more about the history of the country. We now believe that studying a nation’s currency can easily demonstrate how the country wants to be portrayed. Whether it’s created around art and beauty like the Yen note, or political history like the Dollar bill or even being as poetic as the Swiss Franc that focuses on the preserved qualities of the nation.

Taking the time to understand the little symbols and references that the graphic artists have worked so hard to create can not only give you a greater knowledge about another country but leave you with a higher appreciation of your own.

If you enjoyed learning about these 5 banknotes in particular, we would advise doing some more research on the symbolism of banknotes because we can assure you, each banknote tells its own fascinating story.

For many, cash is still essential for daily life. But, with the threat of a cashless world, we think it’s important to draw awareness to the need for cash. To understand both sides of this topic, head over to this Euronet article “The risks to society in a move towards a cashless world“.

The symbolism of banknotes around the globe

How can art influence cash? In this blog we will be examining the symbolism of banknotes around the globe and diving into potential hidden meanings that may change the way…
Lees verder...
Door Olivia Stanley
Delen:
banknotes / cash / currency 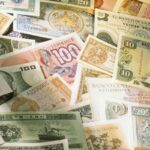 The symbolism of banknotes around…